RECORD WATCH: Sarasota tied a record high Friday with 86, matching the mark originally set in 1990. It was also 86 in Fort Myers, but that was shy of the record for the date, 89 degrees set in 1990.

In South Florida, there were a few mid-80s in inland Collier County and an observer in Weston, Broward County, reported a high of 86 to the National Weather Service in Miami.

COLD FRONT UPDATE: The National Weather Service was ratcheting down projected lows for Tuesday morning following the passage of the strongest cold front of the season so far. 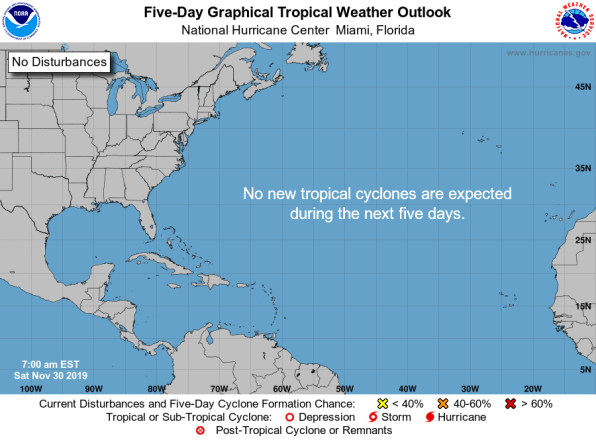 TEMPUS TERMINUS: The 2019 hurricane season officially ends today — although it’s not impossible to get a storm in December. The final numbers were 18 named storms, six hurricanes and three majors. There were also two depressions that didn’t earn named status.

Freelance writer and editor View all posts by jnelander